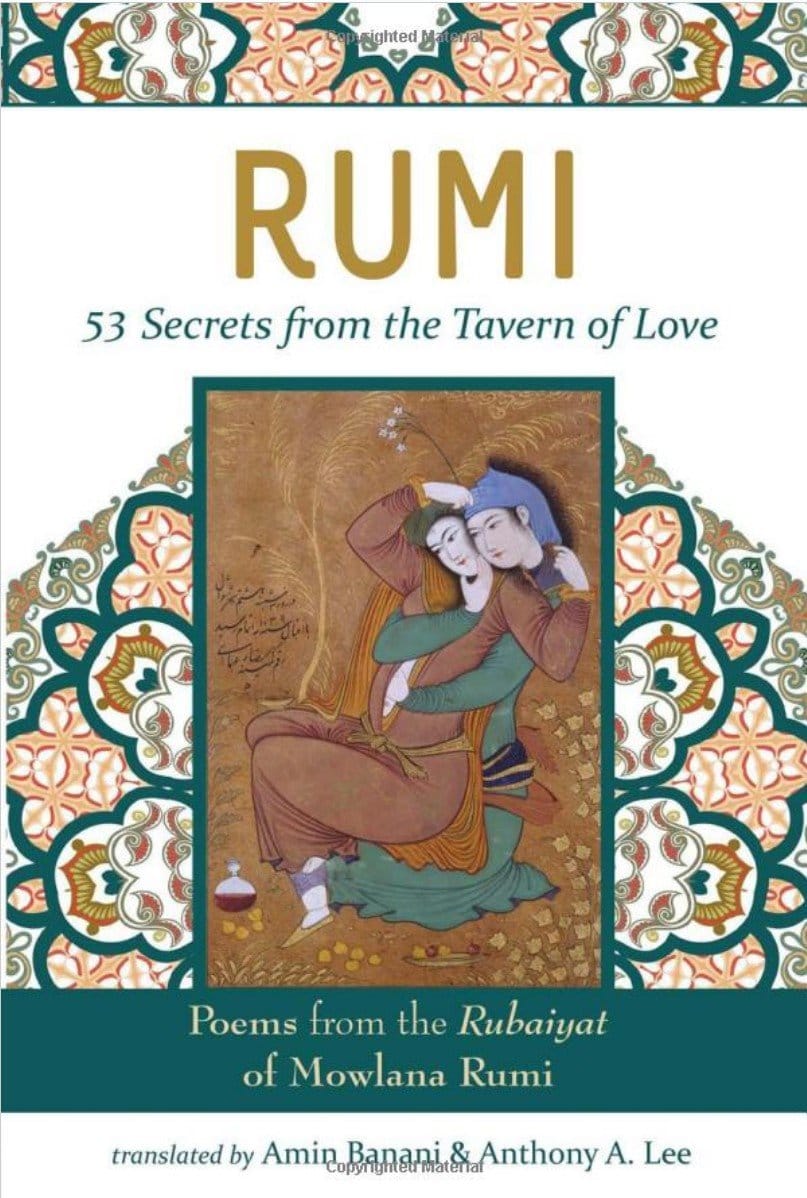 RUMI: 53 Secrets from the Tavern of Love

Rumi’s poetry has been published in various English editions since the 19th century. Thanks to the translations of Coleman Barks, he is the best-selling poet in the English language.

Still, in English, Rumi’s poems have often been rendered into literal and academic prose that is awkward and wooden — or into a New-Age idiom that bears little relationship to the author’s original text or context. Professors Amin Banani and Anthony A. Lee come to the rescue with a masterful translation that bridges the academic demand for fidelity to the original Persian text with a sensitive poetic translation that speaks to 21st-century readers.

The book has three sections: 1) a general introduction to Rumi’s poetry, 2) translations of 53 short poems and 3) a groundbreaking essay by Banani on the position of Rumi in Islamic poetry and in the world literature.

The poems are presented as lessons on love. The reader is encouraged to treat them as koans to inspire spiritual contemplation.

Be the first to review “RUMI: 53 Secrets from the Tavern of Love” Cancel reply