With arms at sides, place tape measure under your arms and run it around the fullest part of the bustline and across the shoulder blades.

Find the natural crease of your waist by bending to one side. Run tape measure around your natural waistline, keeping one finger between the tape and your body for a comfortable fit.

With feet together, run tape measure around the fullest part of your hips/seat, about 7 to 8 inches below your waistline.

For full-length pants, run tape measure along the inside of your leg, from just below the crotch to about 1 inch below the ankle.

All dimensions are given in inches 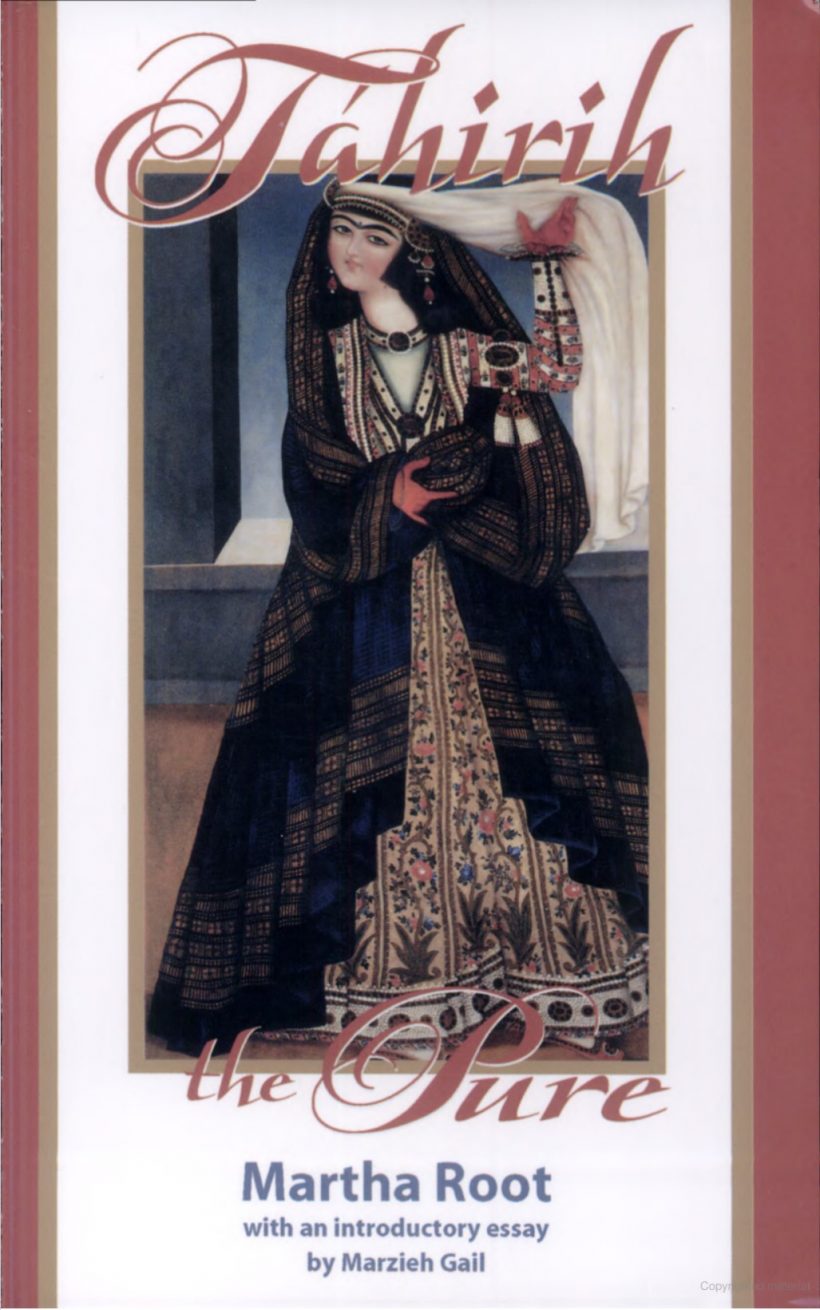 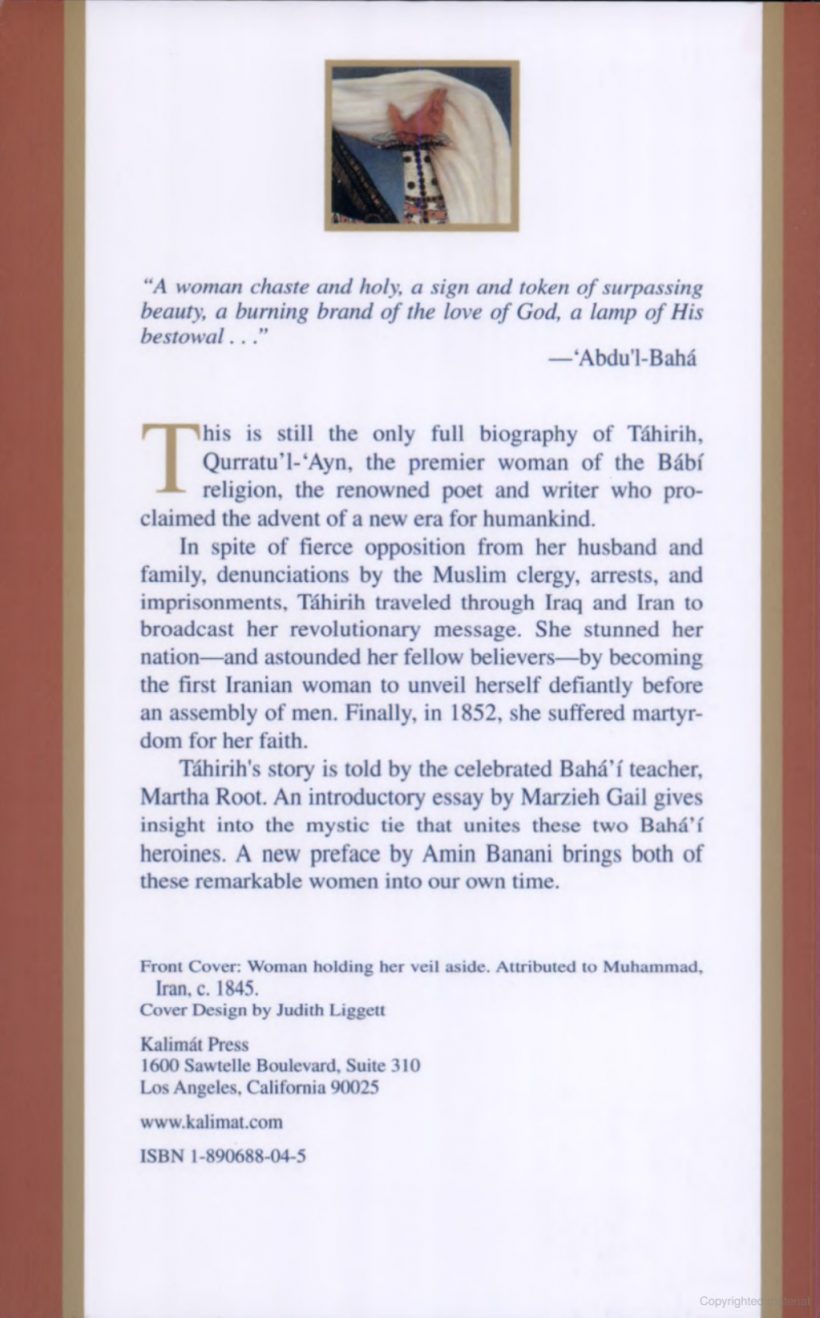 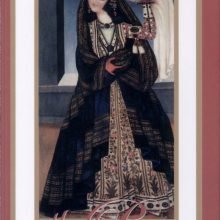 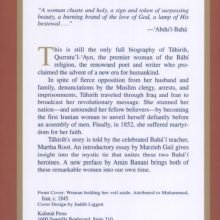 Táhirih the Pure is the story of the premier woman of the Bábí Faith. This story is told by Martha Root, the indomitable Bahá’í teacher who followed in Táhirih’s footsteps, widened the path which Táhirih had walked, and eventually attained the rank of Hand of the Cause of God.

The Iran of Táhirih’s time was only beginning to stir from its feudal sleep. The nation was ruled by the whim of an absolute monarch, and the masses were held in the grip of a fanatical Muslim clergy. Women remained veiled and secluded, denied education, and dominated their whole lives, first by fathers, and then by husbands. During such a time, Táhirih boldly proclaimed to her native land the advent of a new Day of God.

A renowned poet, quick in argument and eloquent of speech, uncompromising in her demands for the emancipation of women, Táhirih became a legend in her own time. Despite fierce opposition from her own family, denunciations by the Muslim clergy, arrests and imprisonment, she traveled between Iran and Iraq teaching her revolutionary Message. Finally, she stunned the nation and challenged her fellow believers by discarding the symbol of the inequality of her sex, appearing before an assemblage of men unveiled. Nearly a century later, Martha Root became fascinated by Táhirih’s story and traveled to Iran in an effort to learn more about this remarkable woman. This book is the result of her research. As she pieces together the story of her spiritual sister from many sources, we learn as much about Martha as we do about Táhirih.

Originally published in 1938, in Karachi, Pakistan, Martha Root’s book remains the only one of its kind. A new preface by Marzieh Gail introduces us to both Táhirih and to Martha, to their times, and to the mystic tie which seems to unite these two brilliant heroines of the Faith.

Be the first to review “Tahirih the Pure” Cancel reply